Just realized that the pictures blown up over your eyes all the time doesn't come true at all.

Just few days ago I came to know about a prestigious summer internship fellowship from Israel. In order to receive this I was looking for a host institute laboratory abroad. So I wrote my collaborators in Singapore, to accept my application. Even they refused. Even my supervisor Dr. Flavio Grynszpan didn't allow me to apply for positions abroad. According to him I'm making joke of his name. Anyway, it didn't work. So it's an another failure story of mine.

Rest about the other two important application that I applied this year, I'm sure It will be rejected too. There are no hope even for big publication. This phase of life looks very cheesy from outside but only I understand how it actually effects.

Next story will be a failure story too. It will be published in April.

A failure story: You can dream big, but remember you will be hit by others who are qualified not only in dreams but in reality

I understand that one can dream of becoming president of USA or to buy a shopping mall for himself. One can dream for having a private room in Mars or a candle night dinner in the Moon. Who will stop you? Nobody, because this is your dream. As a homosepian I understand most of our dreams doesn't come true. Sometime when you listen to great speakers, scientist, athlete asking you to dream big is actually a nightmare. Because you had many dreams and it didn't work out. But we are so insecure we never stop dreaming.

How big your dream could be. Out of my many dreams I had one. I really had one. And I kept it since last three years. The dream was to attend Lindau Nobel laureate meeting in Germany. Yeah it's a little pissed out dream. You don't want know why this dream was so close to my ultimate desire? OK, bye

Wait, do you want to know?
I was doing my masters in chemistry in 2012 in Gauhati university in India. One of my professor Dr. S.K. Gogoi suddenly asked all students to gather in the seminar hall. He was one of the awardee of Lindau Nobel laureate meeting during his PhD from IIT Guwahati. He described his entire journey to Lindau as well as his interaction with Nobel laureates. The program as well as the entire journey was highlighted in his powerpoint presentation. He asked our M.Sc chemistry batch to apply for the 2013 chemistry Nobel laureate meeting .
I went back home and I decided to apply for the reputed Lindau chemistry meeting. In India students need to follow the guidlines given by DST India to apply for the meeting. In the application form I noticed that the applicants were asked to put their Passport details. I never had a passport.
So my first job was to issue a passport. People asked me bribe to issue a passport in a shorter time period. Reputed officials who could help me to issue the passport at that time laughed at me and denied to help in any other way. So this was the situation and I couldn't apply for the Lindau meeting due to lack of passport. I was heart broken as this opportunity comes every three years only.

I joined PhD in 2015 in Israel. With a proper aim and a zeal to attend the Lindau meeting I applied as an open applicant for the 2017 meeting.
And I failed today again. A three year wish has broken apart. I never wished anything so long like I did to attend this prestigious meeting.
Well done all qualified dreamers! Have a good time in Lindau.

These are just big lines by big peoples "Dream Big". What about those who dream big and never succeed?

Posted by Partha at 5:40 AM No comments:

Chemistry is fun: A tweet from lab pretending as in kindergarden

Twinkle twinkle little star
Your lab job might get you sports car
When the enthusiastic guide is gone
When  you got something to shine upon
Then you tweet your little lab life
Tweet the reaction that made you cry
Realtimechem re-tweet will make you fly.

November 5th, keep your half lab day aside
Make something delicious that chemist can't buy
Proof the hoax "Good Chemist is a Good Cook"
That might give you prize for Realtimecook.

Twinkle twinkle little star
Now you wonder what Realtimechem are!

Thanks for your time.

A move to Twitter mostly with RealtimeChem: My Experience

I never thought of using Twitter though I considered that more like American. But I was wrong. Let me explain what embarked me to join Twitter. It was late March 2016, when I was preparing my application for SciFinder Future Leader 2016. During that time I came to know about SciFinder's updates on social media.

I used to look around Scifinder FL alumni's video and their experiences. It was nice to see the past students and their present contribution in science. Although I couldn't get selected for SciFinder's FL2016 program, but the twitter impression left me an interest to join Twitter.

Probably the first person I followed on Twitter was Suzanne Jansze. I was really impressed while going through her Twitter account where I found her interesting updates from lab starting from hood picture to interesting reaction photos and broken apparatus as well.

That was the beginning. After that I started to follow all the chemistry related twitter accounts Scifinder, CAS, Dalton Transaction.etc.

Meanwhile I got my first paper published, and that was my first tweet with Dalton Transaction. I was feeling so nice that DT re-tweeted my first tweet.

After few weeks I came to know about Realtime Chem. It gave me a platform to have fun while doing reactions in my lab as well as an opportunity to know how pioneers in my field have been enjoying such as Baran lab at the Scripps or Macmillan group at Princeton.

Following the whole SciFinder future leader 2016 event on twitter was really amazing. Day to day updates over the whole program as well as interesting information from ACS meeting really embarked me to think with a big vast scientific communities.

RealtimeChem week this year is an amazing platform for students as well as chemistry folks to engage and share valuable lab experiences over twitter. On the first day we got really cool updates on Halloween from around the America.

Nadine, the hashtag you proposed really fits with the vision of RealtimechemWeek.
Hope to earn amazing experience over twitter about chemistry in this RealtimeChem week.

Thanks for reading
Posted by Partha at 7:11 PM No comments: 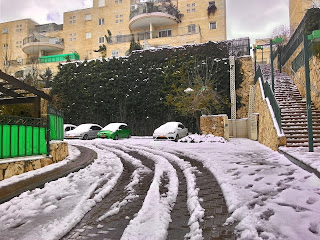 "One of the most enduring metaphors for the spiritual path is the transformation of the lowly catepillar into a butterfly.  Out of its own substance, the ground-hugging grub weaves the medium for its metamorphosis—the chrysalis within which it evolves into a beautiful creature with wings.  The human being undergoes an equally dramatic transformation, unfolding the path to liberation from within the depths of the soul and emerging, after great struggle, as an expression of divinity in the world."

Posted by Partha at 2:07 PM No comments: